The 4 Stages of Team Development

The 4 Stages of Team Development 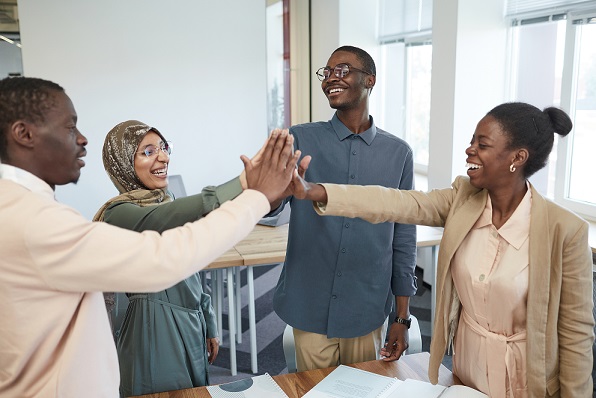 Does your job require you to serve as a team leader? Do you know how to develop a highly effective team? High-performing teams go through four defined stages to reach their potential. This is true whether your team works remotely or works in person. Keep reading to learn more about this process.

Don’t have time to read the blog? Download the PDF.

Bruce Tuckman was a Professor Emeritus of Educational Psychology at Ohio State University. In the mid-1960s, he introduced his model of the four stages of team development. This tool provides a description of the four stages. It also suggests specific strategies to advance from each stage. 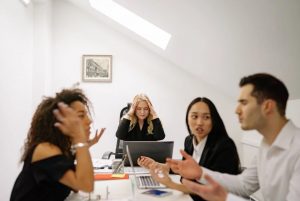 When you gather a group of people together to work as a team, many factors come into play. People bring different backgrounds, ideas, strengths, and weaknesses to the table. In this first stage:

During this stage, members of the team are checking each other out, trying to figure out where the influence and authority in the team resides. Often there can be overt pushes by people to assert their importance and authority. For the team leader, this can be challenging – and requires a deft touch. The team leader may also find that key skills are missing, or that people aren’t committed to being on the team. The leader may need to fine-tune the makeup of the team. 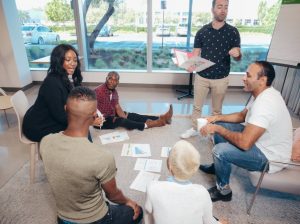 In the storming stage, the leader’s role is key. He or she must communicate the team’s common purpose – why it exists as a team and what role it has in the broader organization. The leader must also model active listening and foster a supportive environment.

Here are the characteristics of this stage:

The leader should focus on her or his role as a facilitator and trust-builder. S/he should provide tools and tips to the team for effective communication and conflict management. Transparency is vital. If team members sense that they don’t have all the information, or that information is being selectively shared, they’ll keep their guard up. Developing “team operating principles” is key at this stage. 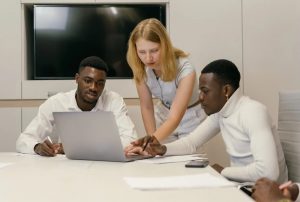 At this point in the team’s development, members feel empowered and confident in their work. They understand the expectations of the team and are motivated to achieve specific milestones. Here are the characteristics of this stage:

Within a high-performing team, there is an appreciation of the need for a balance of communication styles, and of balancing the intuitive and logical mind. The logical mind helps people solve problems and stay on task. The intuitive mind allows individuals to identify what they’re feeling. Often the logical mind works within defined biases or other constraints. Intuition recognizes signals outside of the logical filters. 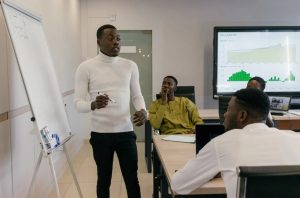 In the performing stage, the team’s value increases for their users and customers. This leads to increased return on investment, sustainability, and employee retention.

Related blog: Why Does Building a High-Performing Organization Matter?

Transitioning from One Stage to the Next

The transition between these various stages requires intentional guidance and facilitation by the team leader. Otherwise, team development may stall.

The first task is moving from “Forming” to “Storming.”

The action steps include:

Next, the team must advance from “Storming” to “Norming.”

The leader must support and reinforce team behavior in the following ways:

During this stage, it’s important to write down goals and assignments to eliminate ambiguity. It’s also important to hold regular status checks, to assess progress, determine where people are stuck, provide help, and give regular effective feedback. For the leader, it’s equally important to ask for feedback and demonstrate openness to receiving it, acknowledging its value, and acting on it.

The final action is to move from “Norming” to “Performing.”

Leaders achieve this when they:

Here’s an example of the four stages as they played out at a large public hospital. Chris is the Director of Training and Development. The Joint Commission on Accreditation requires that all hospital employees complete annual safety training. Over the past several years, fewer than 50 percent of employees at the hospital have complied.

The hospital CEO asks Chris to create a team to address this issue. The goal is to increase staff participation in the hospital’s annual safety training program.

Knowing that people are very busy, and also knowing that the ideal team size ranges from five to thirteen people, Chris opts for a small team of five individuals. Naturally, she wants people with different backgrounds and perspectives. Chris invites the following staff members to be part of the team:

Each person agrees to serve on the team and the initial meeting is set.

Working Through the Forming Stage

Chris schedules the first meeting on a Wednesday from 3:00 to 4:00. She notifies each member, creates a Google Doc agenda, and shares it among the team. Each person confirms they can attend the meeting in person.

The meeting begins with introductions and a description of the team’s purpose – to increase staff participation in the hospital’s annual safety training program.

The team agrees on times and dates for meetings. They decide how communication should take place between meetings. Chris emphasizes the importance of attendance and that each member’s input is vital.

As the leader, Chris states that she values the members’ time. She commits to making sure to start the meeting on time and ends on time. This builds confidence and respect among team members.

In the next few meetings, Chris works on building positive relationships and trust between members. They decide to take turns bringing snacks to the meeting. This is their first tradition.

Chris asks each team member if they’ve attended annual safety training in the past. If they didn’t, she asks them to honestly describe why they chose not to attend.

Tom points out that previous programs lasted over an hour. He says that most staff members can’t leave their duties for that long, so they have to go after work. At that point, they’re tired and just want to get home.

When it’s Julie’s turn, she says that as a doctor, her patients come first. “I already know all the safety rules and it’s a waste of my time. Just being part of this group is already taking me away from my patients.”

Tom rolls his eyes. Chris recognizes that they’re in the storming stage. She understands that she can’t ignore Julie’s feelings.

She reminds the team that all responses are valuable to the process. Chris thanks Julie for honestly sharing her thoughts and states this is why she’s a valuable member.

Chris adds Julie’s response to the problem list. She reiterates that each point will be addressed when they begin brainstorming.

Kim says, “The training sessions are always boring. I don’t really listen. I avoid them if I can.” All team members voice agreement about their reluctance to attend safety training. Chris feels a sense of camaraderie as group members unite around a common issue.

Chris asks the group to consider all the issues they’ve identified. She says that now it’s time to brainstorm new approaches to the training. The group generates the following ideas:

Chris thanks everyone for their ideas. She explains that each one is valuable because it can lead to another, better thought. The team is now more relaxed and engaged in the process.

Chris then asks the team to come up with as many crazy solutions as possible. They decide to use the round-robin approach this time and everyone eagerly participates. Chris writes each idea on the board.

They create a list of 25 items. The team groups like ideas together and define their top five ideas. Chris can see the release of creative energy in the room.

The team comes up with an idea to focus the training on five scenarios often found in the hospital. Participants in the training will view each scenario and identify the safety hazards found and the proper action. They will provide answers in an online quiz and be able to move at their own pace. The online system will document their participation.

The team implements the program. And voila! Nearly 85% of employees complete the training in the first year. All the team members are very excited about their accomplishments.

Chris asks the administration to formally recognize their achievement. After the award ceremony, they go out for a celebration dinner.

She also asks each member to write a brief evaluation of the team experience. She explains that this will help her become a better leader in the future.

Are You Looking for Help with Team Development?

Having an expert at your side can help you develop a high-performing team. LRI’s consultants have distinguished records in facilitating the development of high-performing teams. Our clients include public and private sector organizations as well as non-profits. Contact us today to learn how we can meet your needs.