Eric Douglas is an author, consultant and founder of 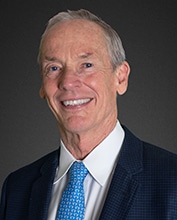 Leading Resources (LRI), a management consulting firm based in Sacramento, California. LRI’s purpose is to develop leaders and leading organizations. Over its 20-year history since its founding, LRI has worked with more than 350 client organizations, providing leadership development, strategic planning, board governance, and other services aimed at building high-performing organizations.

Eric grew up in Pasadena, California. He was educated at Harvard University, earning an A.B. with honors in government in 1973. His first career was in the newspaper and magazine business, where he worked as a reporter, editor, and executive editor before moving to the business side where he served in a variety of roles.

Eric began consulting in 1993, working with media companies on strategy and leadership development. In 1998 Eric’s first book, “Straight Talk: Turning Communication Upside Down for Strategic Results,” was published by Consulting Psychologists Press. It focuses on how teams communicate to deal with complex issues and make good decisions. His next book, “Leading at Light Speed,” was published in 2010, focusing on how leaders help their companies stay nimble and adapt to rapid change. In 2014, his third book was published: “The Leadership Equation” describes ten competencies leaders can use to build trust and spark innovation.

The focus of Eric’s consulting work is on strategy, leadership development, and Board governance, working both in the public and private sectors. He also is known for his ability to facilitate task forces that address complex issues, resulting in significant policy and operational decisions.

Eric is also a singer-songwriter. He has written and recorded three albums. His first album was released in 1998, his second in 2001, and his third in 2018. Links to his music can be found at EricDouglasTunes.com.