Taking Responsibility for Your Organization’s Culture

Taking Responsibility for Your Organization’s Culture

An article by David Brooks in the New York Times on February 11 struck me as prescient in the way it informs how leaders influence their organization’s cultures, often in unintended ways.

Brooks begins his article talking about The Beatles and what made them successful. He points out that it was not simply their talent. It was their early champions. 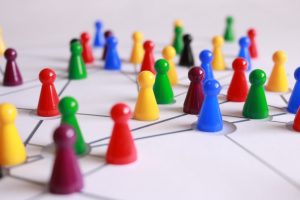 He moves on to talk about the importance of social networks in influencing what people want.

As he says, “people don’t rely only on their own judgments. We use informed others in our network” to guide our beliefs, our desires. If someone you trust in your group likes a song, you’re more likely to want to listen to it. The same rule holds true with regard to other things: If liking a particular song or subscribing to a particular political opinion will help us fit in with our social group, then we’re likely to do so.

Brooks cites a study that shows the power of social networks. The research looked at how people picked which songs to listen to. The researchers found that the early listeners to a song influenced how many people followed suit. In other words, the early champions had a huge influence over what other people did.

Brooks then talks about culture:

“The greatest thing a society does is create its own culture. Each society creates a landscape of stories, symbols, assumptions, iconic artworks, prophets and meanings, and then we live within that landscape.”

He concludes his article by talking about early champions’ powerful role in shaping a culture. He poses the question:

What are you an early champion for? In what ways are you taking responsibility for shaping the desires of the people around you?

If you’re a leader of an organization, or have a leadership role, this question is worth pondering:

Some of the best leaders I’ve encountered are very conscious and intentional in the influence they wield. They express how important the work is that people do. They connect that work to a broader vision of what the organization is trying to achieve. They are highly inclusive in soliciting the thoughts of others and listening carefully to their ideas. And, at the same time, they provide focus by being decisive, saying here’s what we are going to do, and here’s what we are not going to do.

Less effective leaders may be strong champions of the work that the organization does but quick to dismiss ideas different than their own. Or perhaps they don’t really have a strong vision for what the organization wants to accomplish – and instead come across as paying lip service to mission and vision while focusing solely on the bottom line.

I would suggest these are the elements of an organization’s culture: its stories, its rituals, its distribution of power and resources, its manifested values (particularly the values displayed by its leaders), its vision, the quality of dignity and respect that prevails, its innovations, and its reputation. I’m sure there are more. But I would leave you with one thought:

Virtually all of these elements are within your control to influence and champion. So how are you taking responsibility to do so?

Check out our article on “How Effective Leaders Build Organizational Culture” to learn more about the six elements of organizational culture that leaders can be intentional in creating.

Contact us to schedule an introductory call. LRI expert consultants can help facilitate a process to clarify organizational culture and train leaders to uphold it.