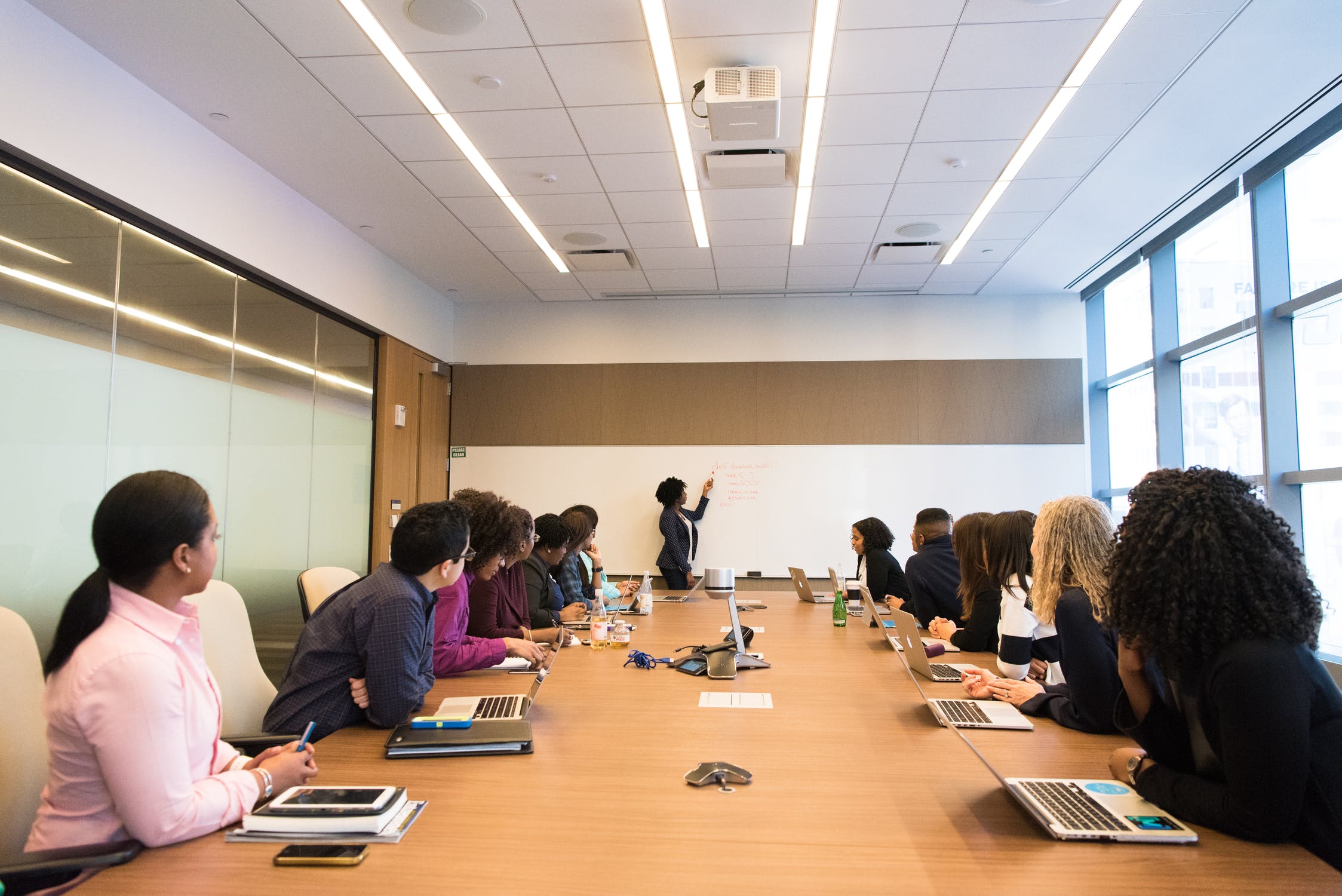 Diversity, inclusion, equity, transparency, cybersecurity, digital transformation—as the list of Board issues continues to rise, the importance of good governance fundamentals cannot be overlooked. In my experience working with non-profit boards for more than 25 years, there are five best practices of high-performing boards that should be at the core of every Board’s understanding.

Here are the five, plus some stories about lessons learned:

Best practice 1: Board members don’t direct the organization – the Board does. 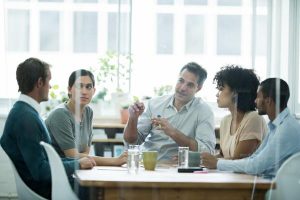 This principle goes to the heart of effective Boards. When governance is effective, Board members see their role as serving on the Board and participating actively in decisions of the Board. They understand the limits on their authority and role – and that members do not have any individual authority to direct the organization.

Case Study: We worked with one Board where individual members frequently delved into the operations of the organization. They made suggestions about program details – such as how to reach a particular group of people – and assumed they would be implemented. Staff were left in limbo, uncertain who was in charge. As the problem worsened, the executive director asked the Board chair to do something about it. But the Board chair was not willing to step in and uphold this “unity of control” principle.

The executive director finally said at a Board meeting: “Please know that we listen to all of the Board’s ideas. Some have more merit than others. But unless the Board votes to adopt a specific idea, it is not incumbent upon me, or any member of our staff, to implement them.” After repeating it several times over a period of weeks, the message got through and Board members began prefacing their remarks with: “This is only a suggestion, but what if we tried…?”

Best practice 2: The Board focuses on long-term results. 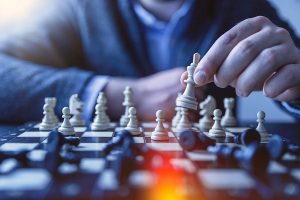 A high-performing Board identifies the long-term results it wants the organization to achieve. These desired outcomes are documented and approved by the Board – and form the basis of the organization’s strategic plan.

We often hear Board members complain that they have no process for doing this. “With 13 Board members, how are we supposed to come together and establish goals?  We’re simply rubber stamps for whatever goals the executive director and her team establish.”

Tip: This is where a firm like ours can be helpful. We can design and facilitate planning meetings that enable the Board members and executive team to engage around questions such as:

When a non-profit Board takes the time to define the organization’s direction, it builds ownership – and helps align the entire organization around a set of clear priorities. Plus, it helps in attracting highly qualified Board members to serve on the Board.

Best practice 3: The Board makes sure the organization has the resources it needs. 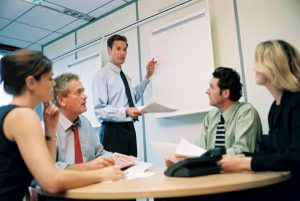 As part of its fiduciary role, a non-profit Board typically reviews the budget and approves it – and makes sure an audit is conducted each year of the organization’s finances.

Beyond this fiduciary role, a non-profit Board typically is involved in fund-raising as well. This is where roles can become fuzzy. Should the Board commit to achieving a specific fund-raising goal? If so, are all Board members equally responsible for achieving it? It is a “give” and “get” goal? What’s the role of the development director or staff in helping the Board? How does staff hold the Board accountable for these goals?

We’ve helped Boards define their fund-raising expectations – and document those expectations in writing. We’ve also facilitated discussions to help the Board assesses its progress toward meeting them.

Case Study: It is worth mentioning that we’ve worked with several Boards where members lacked a clear understanding of the fund-raising expectations. In one example, some members were clearly hand-picked because they could make large donations. Others were selected for their skills in other areas. When the CEO announced that the Board was collectively responsible for raising $5 million, according to the budget which they had approved, several of them reacted angrily. “This isn’t what I signed up for,” one of them remarked. It took several meetings before the Board voted to approve a new policy defining the expectations for each member. Two Board members left the Board soon thereafter.

Another area where the role of the Board can be fuzzy is in understanding the organization’s resource needs. Some Boards don’t bother to do this. But effective Boards connect the dots between the goals they’ve approved and the organization’s funding needs. We worked with one non-profit Board to translate the strategic goals and objectives into a three-year forecast of the resources needed to advance each one. This created a clear picture for the Board and enabled a good, healthy discussion over how resources were being allocated on an annual basis.

Best practice 4: The Board conducts regular assessments of itself. 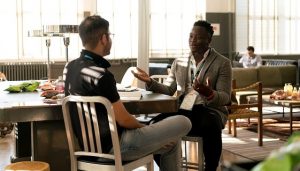 High-performing Boards are not afraid to ask questions about their own performance: Are we clear on our role and the limits on our authority? Is each committee adding value – and not duplicating wok that’s being done elsewhere?  Do we have the necessary policies in place to guide the organization? Are they being upheld? Are we keeping one another informed?

In that case, we learned that a Board member who owned a small marketing firm had been awarded a contract to provide a brochure. Over time, the contract expanded to the point that her firm produced virtually of the marketing materials for the organization. Through the assessment, we learned she was directing staff on how to use the marketing materials. The executive director was afraid to hire another firm because it could jeopardize his relationships with the Board. The lines of authority were blurred to the point that there was no real accountability.

In this instance, the Board chair ultimately asked the Board member to make a choice between serving on the Board or continuing to provide services to the non-profit (she chose the latter). The larger lesson is this: When a Board member’s company becomes intertwined with the workings of the organization, it naturally blurs the roles and creates the perception of self-interest – and exposes the Board to potential accusations of not upholding its fiduciary responsibilities. An effective Board makes sure that conflict-of-interest policies are in place to avoid self-dealing – whether real or perceived. And avoids scenarios like this one.

Best practice 5: The Board provides feedback and support to the chief executive. 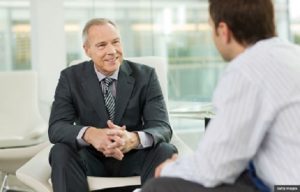 A non-profit Board typically has only one employee: the chief executive. In a high-performing Board, there is a process for providing regular feedback to her or him, based on well-understood performance goals and standards.

The Board chair typically acts as the spokesperson for the Board. The chair needs to make sure the feedback is based on input from all Board members and reflects a balance of appreciative as well as constructive feedback. The chair should also ask the chief executive whether s/he is getting the coaching, mentoring, and training support that he or she needs.

Case Study: How do you handle it when individual Board members don’t support the executive – and in fact surprise him by challenging his actions in public? We saw this happen with an elected Board, when a group of stakeholders voiced strong opposition to what the organization was doing. Two Board members expressed their support for the stakeholders in opposition to the CEO’s approach. And because the challenge was made in a public meeting, it was particularly damaging to those two members’ relationships with the CEO.

We were able to repair the situation by facilitating additional discussions among the Board members. This resulted in broad agreement around the strategy for how to handle the situation. But the long-term impact was felt for months.

How did the situation get to that point? I attribute it to forgetting this basic principle – that as a Board member, part of your job is to support the chief executive. While Board members have a right to express their opinions, by staking out their position in public, these two people impacted the Board’s ability to have a thoughtful discussion and come to a decision collaboratively.

It is not uncommon for Board members to have different views about how the organization should try to handle different situations. An effective chief executive can listen to Board members’ input and weave a strategy that everyone can buy into. At the same time, Board members need to give the CEO room to maneuver and manage the organization. In this case, that didn’t happen, and the CEO got blindsided. 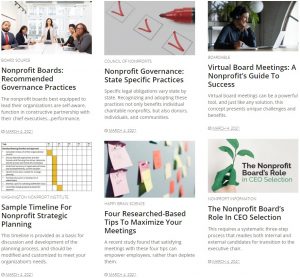