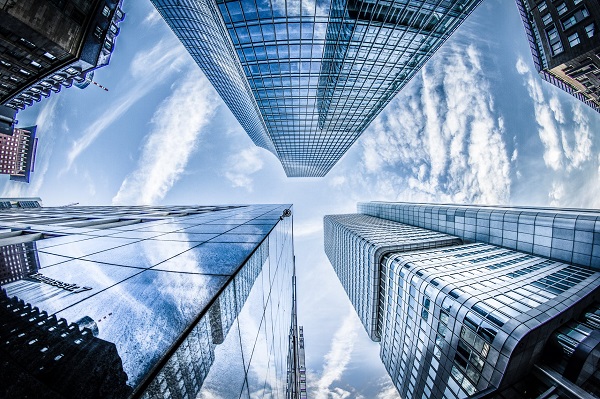 Wells Fargo is looking for a new CEO and, according to the New York Times, the search is not going to be easy. The bank still faces mountains of lawsuits, regulatory threats, and erosion of customer trust. Who’d take the job, the Times asks? Who’d risk their reputation? Who could turn its “sales-obsessed” culture around?

Well, I would. And I have a plan for turning Wells Fargo around. It’s called “Return on Integrity” (ROI).

First, a little background. I’ve been a loyal Wells Fargo customer since my mom opened a checking account for me at our local branch in Southern California when I was 12. Except for the eight years when I worked on the east coast, I have been a loyal customer for more than 40 years. I currently have a dozen accounts, both business and personal, with Wells. I trust the people I work with at Wells, despite all the bad news.

I admit that my only qualification for the CEO job is that I have a lot of experience managing and leading people. I’ve been an entrepreneur. I’ve led teams that worked across functional silos to get stuff done. But aside from being a consultant to the banking industry, I don’t have much banking experience.

But, frankly, that’s not what Wells Fargo needs at this point. They’ve got plenty of folks who know “banking.” What they lack is leadership at the highest levels. Which is where Return on Integrity comes in.

What ails Wells Fargo is that their performance incentives are out of whack. No one has had the courage to say: We want our employees to make decisions based on integrity, based on their judgment about what’s best for our customers and for society at large. We don’t care if you squeeze a few extra bucks out of the deal or make two more sales each day. We want people who act with integrity.

My first weeks on the job would be spent meeting with all my direct reports and getting to know them and their motivations and what they think needs to change. I’d listen carefully to their ideas. I’d observe how they communicate with me and with each other. I’d observe whether they have the “4Hs”: heart, honor, humility, and humor. And then, based on my judgment of whether I could trust them to act with integrity above all, I would decide whether they get to keep their jobs. If not, I’d find people I can trust.

Once I had the team in place, I’d make sure we held weekly meetings as a team. We’d have candid, hard discussions about risk, reputation, and integrity. We’d start making decisions in a new way, looking at a ten-year Return on Integrity. We’d devote resources to measuring perceptions of the bank from customers, regulators, and the public. We would measure the levels of trust within our team and other teams. I would put in place an annual bonus system based on integrity. We’d analyze our decisions. Did we choose to admit fault, settle a claim, and move on? Score a point for integrity. Did we choose to shut down a program that erodes customer trust? Score another point for integrity. We’d also look at decisions that were not based on integrity. Those would be job-ending.

Some people will argue that my plan would not optimize share value. I would respond, first, that long-term shareholder value is maximized when a company behaves with integrity. There are dozens of examples as well as reputable studies that support that view. Second, a bank is a public trust. Ever since its founding in 1852, Wells Fargo has based its reputation on public trust. That’s why my mom opened an account there for me when I was 12. And that’s the bank I would hope to rebuild.

I’m quite happy in my current role. So, there’s no need to recruit me. But I know there are qualified people who could take these concepts and run with them. The challenge isn’t finding those people. For Wells Fargo, the challenge is deciding it wants to find them. I’m crossing my fingers that its Board of Directors will make that choice.